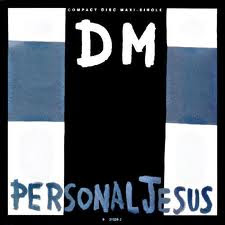 There are many of you out there that have busted out a cover tune from time to time in your live set. There are also many of you that have recorded a cover as well. In the last week, I had a band out of Iowa (the home of the pissed and aggressive) ask me for permission to perform "Guilty" at a benefit they are playing in a couple of weeks. My answer was, you don't have to have the band's permission to cover a song live. Then there is the question, do I have to have permission to record and release another band's composition? The answer to that is also no. What you have to do if you're going to record and release another band's song is send a letter of Compulsory License to the publisher(s) of the song.

Considering today's technology, it is funny to think why Congress first enacted compulsory license into our copyright laws. Does anyone remember player pianos? As I understand, Congress first enacted compulsory license to protect copyright holders of musical compositions when bars and restaurants (and probably brothels) started using player pianos to entertain their guests way way back  in the day. At that point, the song arrangement scrolls could be sold for player pianos and the rights holders could get paid. From there, Congress has updated the law a couple times to include the changes to recording and distribution technologies.

Why do I do this and what does it cover?  In essence, Congress has given you the right to record and release any song you want but you have to tell the rights holder(s) that you are doing it so if you sell some copies they can get paid. It covers you remaking a song and stylizing the song to fit your band but it does not cover you using or sampling parts of the original recording and going all P. Diddy with it. In other words, compulsory license does not give you the right to use the original sound recording in your cover. That is part of the mechanical use and in most cases that performance is owned by a record company. To use that stuff you must get permission from the rights holder(s) of the actual recording and compulsory license does not apply. Are you with me?

How do you find the rights holder of the composition you ask? Most music in the U.S. is affiliated with performing rights organizations such as ASCAP, BMI or SESAC. Each website has a searchable database where you can find publishing rights holder(s).  Here is an example from ASCAP:


So in this case, if you were going to cover "Guilty," you would send your letter of compulsory license to the publisher/administrator. Since I am not a entertainment attorney and want you to be as informed as possible, please check out http://www.copyright.gov/circs/circ73.pdf before you embark on "your own, personal Jesus."
Posted by Jeff Scheel at 9:07 AM