I Don't Want To Hear It! 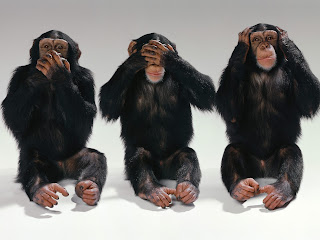 As many of you know, I book bands. I talk to them everyday. I hear all the stories of why and what makes them different from everyone else. So, I walk into my office this morning and another agent had a cancellation. Let me preface this by saying that cancellations are fairly common occurrences for mostly legitimate reasons. Let me also tell you that if you are going to cancel a gig, you better come up with a better reason than the nondescript "food poisoning" or "I have a stomach thing."  Things are tough out there right now as many of you know. The economy, in recent history, has not been kind to touring or live music in general. I will go on to make the statement, I NEVER CANCELED A GRAVITY KILLS SHOW DUE TO ANY OF THIS BULLSHIT! We did cancel a few shows when a band member had some legal issues that had to be taken care of and there were also some cancellations when Matt broke some ribs and Doug broke his hand. There were nights I literally rolled out of my bunk or out of the hotel room as sick as I could ever remember and played the show. It wasn't about the money for me. I realized that there were more people than I that had a stake in the show i.e. the fans, my band mates, my crew, the promoter, my manager, my agent, my accountant and so on. I certainly knew of "those bands" that had a reputation for canceling the gig. IF YOU DON'T WANT TO COMMIT TO THE GIG AND ACTUALLY DO IT THEN DON'T COMMIT. If you want the type of job that has sick days then don't join a band. If you want to talk a good game and not back it up then don't join a band. Now you are going to make the excuse and say something like "But Jeff, there was far more at stake for you and Gravity Kills." Maybe there was and maybe not. In each respective fishbowl, is there not as much at stake for you? I hate breaking it down this way but are you thinking about your brand? Do you think your band is so good that the club or venue will let it slide? Do you think that a small club that has advertised and has most of the risk on the gig has less to lose? I call bullshit. The sad thing is that when you fuck a club over, it makes it even harder for the rest of us. Are you part of the problem or part of the solution? Are you part of the reason a venue want's to book live music or part of the reason why they have hesitations about it? Do you only want to play the gig and keep your commitment if the stars align for you? Do you actually give a shit about the bigger picture in play regarding you, your band, your brand and live music as a profit center for clubs and venues as a whole? Do you give a shit that those around you may question your real motivation, or lack thereof, behind your membership in a band? The next time you think about canceling, think about the bigger picture and what is at stake. If you still want to cancel for some bullshit reason, then maybe you should rethink your aspirations. Oh, and by the way, Get well soon.
Posted by Jeff Scheel at 11:48 AM