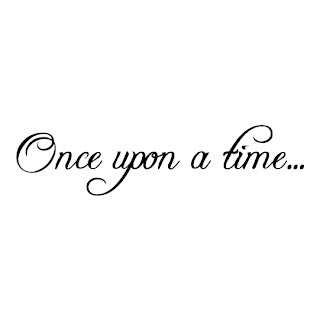 What the old paradigm was hungry for was a band with a story. It was something that record labels felt they needed to get the press (radio, TV, MTV, magazines, fanzines, etc.) interested in helping them push the band to the next level. Indulge me for a minute and I will tell the tale of Gravity Kills.

In the summer of 1994, KPNT 105.7 The Point in St. Louis was advertising to all the bands in the area to submit a song for what they were calling Pointessential Volume One. This was to be a collection of local St. Louis bands that employees of the KPNT would select and release on a CD compilation with any profits going to charity. Kurt, Doug and Matt were all living in St. Louis at the time and had decided they would submit something even though at the time, were not currently working together in a band. As musicians do from time to time, procrastination set in and they were down to the Monday before the Friday at 5pm deadline to submit. By Wednesday of that week, they had built a track of music but at this point had no melody, lyrics or a singer for that matter to complete the song. They spent the better part of Wednesday trying to hunt someone down to sing on the track but everyone they called was busy or simply did not want to make time to come to the studio. They even attempted to find a singer they had previously worked with but none of them had the guy's phone number and his last name was Smith so even looking through the St. Louis phone book seemed futile. At some point Matt turns to Kurt and says "We should have just called your cousin Jeff." Cut to...

I am sitting at home in Dallas, Tx and at about 9pm the phone rings. I answer the phone and it is Kurt on the line. He tells me the backstory that lead him to call me. The guys are obviously excited about the track and Kurt holds up the phone so I can hear some of it. Of course I really can't make out what I am listening to so Kurt goes on and tells me he would like to fly me up on Thursday to sing on the track. I tell him that I need to call my boss from my day job and see if it's possible. After sorting out my work situation I call back Kurt to tell him it is on and the guys in St. Louis make the flight arrangements. The next day comes...

I have to work in the morning and my boss actually takes me to DFW for a flight out on a puddle jumper (it was the cheapest flight the guys in St. Louis could find) that takes off at about 1pm on Thursday afternoon. Normally a flight from Dallas/Ft. Worth  to St. Louis takes about an hour and a half but this flight had 3 stops to get to my final destination. To give you an idea of what I was dealing with, one of the stops was in Mountain Home Arkansas. I don't get into St. Louis until about 7pm. Kurt picks me up at the airport and had agreed to make dinner part of the deal so we go to downtown St. Louis and eat at a Spaghetti Warehouse kind of place. You know, one of those touristy places that has the 3 course meal (including ice cream) for $9.99. After dinner we head to the studio. By now it is after 9pm. When we get to the studio, Doug and Matt are waiting and actually playing some basketball in a video soundstage attached to the facility. When I walk through the door, someone passes me the ball and I throw up a shot from about 20 feet out. NOTHING BUT NET! At the same time, all four of us yell THAT'S ENOUGH! We knew the clock was ticking and we saw it as a positive omen to carry us through the night.

We get into the control room and I hear the track for the first time at around 9:30 pm. Remember, we only have tonight because I have a return flight to Dallas in the morning and the track is due at KPNT by 5pm the next day. In the meantime, as we are talking amongst ourselves the guys tell me that the name of this project is called Gravity Kills (the story behind that is another blog entirely.) I thought Gravity Kills was a great band name and in fact, probably the best name for a band that I had ever been part of. So, continuing on, I get set up in front of a mic and start scatting some melodies and generic vowel sounds over the track. At about 10:30pm I start locking into some things that start sounding like words. Matt pipes up and says, "It sounds like you are saying filthy. What about Guilty?"

Now armed with a melody and one word to build the lyrics around, I spend the next 90 minutes locking the melody in and writing actual words to this song. At 12:30am we start cutting vocals for the track and at about 3am we finally wrap it up. Gravity Kills has finished tracking it's first song. The name of the track is called "Guilty." At one point during the evening, Doug spins around from his chair at the mixing console and says, "If we can't get a record deal from this, we'll never get a deal." Mind you, by this time I had been in bands for years and been sniffed on a couple of times by major labels. I simply dismissed what Doug had just said and chalked it up to sleep deprivation. Kurt and I then leave to get some sleep while Matt and Doug stay at the studio to start mixing.

Now it is Friday. With the song due at 5pm, I fly home to Texas and the guys stay at the studio all day to finish the mix. With little or no time to spare, Doug delivers a DAT copy of the track to the radio station just minutes before the deadline. I can remember people in Texas asking me about what I had just flown to St. Louis to record and I did tell someone that the it was a good track but I thought I had done better work. I suspect I was dead wrong.

I don't hear anything for a couple of weeks by now. We were all waiting for the radio station to have it's meeting to determine which tracks would make the compilation. From insiders at the station that I am still friends with, they tell the story of great dissension amongst those in the meeting at KPNT because some absolutely loved the track and others absolutely hated it. I finally get the call. Kurt tells me that we had made it. At this point I started feeling like the 4 of us had the real start of something special. Now remember that we are a completely unknown band going on a 19 song CD with St. Louis staples such as The Finns, The Urge, MU330 and Wilco. Doug suggest that since we made a slot on the CD, we should continue writing and recording more material because it would be stupid for us not to at least make the best effort we could at becoming more than a studio project with one song. We all agree and schedule my next flight up for the weekend that KPNT will have the CD release party which is the first weekend in December.

I fly up for the CD release party and am fairly excited. The guys had worked on a couple more tracks for me to write vocals and lyrics for so the weekend will be extremely busy. By weekend's end, we had attended the party and had worked on 2 more tracks. The first called "Goodbye" (this demo is the track on the Mortal Kombat motion picture soundtrack) and a track called "Inside." All four of us can feel that this is getting really good. That we have found a way to work together that is really really working. Again, After the weekend is over, I fly back home to Texas.

In an office in at TVT Records in New York City, an A&R guy by the name of Tom Sarig is looking at a now extinct magazine called R&R (Radio and Records) and happens upon the playlist that KPNT has published for the week. At the top of the playlist he sees GUILTY, GRAVITY KILLS, UNSIGNED.  Tom proceeds to get on the phone with Jim at KPNT and asks what the story is behind the band and gets our digits to give us a call. Yes, seems the domino's are all falling in the right direction.... We are now in February and I receive a call from Kurt. "This guy from TVT records wants to fly in and meet with the band!" he screams. We set up the meeting and I fly up to St. Louis (flying first class for the first time in my life on TVT Records) to meet with Tom. We do what I perceive as the usual with an A&R guy. He takes the band to dinner and then we go back to the studio to listen down some more tracks. At this time we only have 3 songs finished and the guys had been working on a couple more songs. As we all leave the studio, we are saying our goodbyes to Tom as he gets into his rental car. After he starts the car we hear something very familiar playing on his car radio. You guessed it. "GUILTY" IS FUCKING PLAYING ON HIS RADIO! He looks forward and pauses, then turns to the four of us and says "I'll send you paper on Tuesday."

I could go on and will finish the story if any of you want me to but here is my point. This story, as crazy and almost unbelievable as it sounds, HAS NOTHING TO FUCKING DO WITH WHY ANY OF YOU CONNECTED TO GRAVITY KILLS. First it was about the music. Maybe some of you met a band member at a show. Maybe some of you connect the music to a good or bad time in your life. My point is that the story of your band is different with every person that connects to you. Maybe you will think twice about phoning in and tanking a show on a lightly attended night. Maybe you will think twice about not taking the time to talk to someone at a show that wants a bit of your time and attention. Maybe you will think twice about how you talk to a club owner, promoter, radio person etc. THEY ALL WILL MAKE UP THEIR OWN STORY ABOUT YOUR BAND and that will be how you are perceived to them. At the end of the day, your story only matters if others have their story to tell about you.

READ THE REST OF THE STORY HERE http://jeffscheel.blogspot.com/2011/01/rest-of-story.html
Posted by Jeff Scheel at 8:28 AM