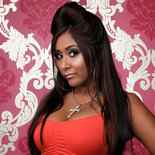 Did you hear that we live in a digital world? A world where music is not the king of the hill anymore? Where people are only interested in what is happening in their world? Where those people are far more interested in themselves than you, your music and your band? Where people actually take the time to tweet and facebook what they are eating, drinking, their political views, ailments, likes, dislikes and anything and everything that pops into their ADD heads? This begs the question, how the fuck does music take back some of the space in the worlds of those we need to listen?

I know we all think about this constantly but what do we do to compete? Is your head in the cloud, having masturbatory thoughts of stardom, fame and fortune, or is it in the real "cloud.?" The cloud where your fans live. Where your fans spend an inordinate amount of time. Where they listen to music or watch video on youtube. Where they spend time trading bytes with their friends. Where Snookie is a much bigger star than any of us will probably ever be. Where they want YOU to be a part of their lives and not the other way around. How do you make what you do a part of your fans daily existence?

I am not saying that fans can never move into the hardcore status and want to follow your every move. I am not saying that there are those out there that you can find that will listen. If you can, think of things this way, SOCIAL MEDIA HAS REPLACED MUSIC AS THE VOICE OF A GENERATION. I know this hurts your fragile ego. You can't believe that I actually said it. Am I wrong? Hell, Steve Jobs is a fucking rock star. When he holds press conferences, Apple junkies all listen. Above that, we believe! Barack Obama could possibly have less impact on our future that Mr. Jobs.  Do you make music that people will believe in? Do you believe in your own music enough to think about more than writing it, recording it and playing it live? That just isn't enough anymore. Do you exist where your fans do?  Get your head out of the clouds and put it in the cloud.
Posted by Jeff Scheel at 3:43 PM