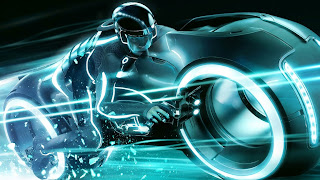 If you had your choice, would you want to make a ton of money as a musician and be forgotten or thought of as a joke OR would you rather not make a ton of money and have your music live on and your band and music be remembered by those who listened as something that was, and may always be a part of their lives? I recently read an article on the subject of legacy versus money and here is my take.

I know that I have the luxury of hindsight that many of you don't regarding this subject. My band mates and I were far luckier than most.I will tell you that when I left Gravity Kills in 2002, I swore I would never step foot on stage with those guys again and in fact, it took me about 8 months before I picked up a guitar and played a chord. I had zero perspective. I had been in the fire for so long that the heat had taken it all out of me. With the lack of perspective also came the lack of understanding for what my band mates and I had actually accomplished. To be honest, my take on the experience was pathetic. Sure the band made some money, but not enough for me to retire to the islands on. I was in a state of mind that made me feel like somehow it was all a waste. WHAT THE FUCK WAS WRONG WITH ME? As I look back now, my view is far more romantic. What an incredible experience! Who would have thought that the toeheaded kid from a trailer park in a small midwestern town would have gotten to take the ride that I did. What does this have to do with your band and your legacy? Think about the work, the experience, the lives you touch and not about making money. Sure, you have to treat what you do like a business at the end of the day, but don't let money or the monetization of your craft affect how you approach your creativity. I believe there is something much larger at stake. Music touches people in ways that other art forms simply can't. For the listener, music has the power to evoke very powerful emotions. Music can mark specific time periods in the listeners lives as well as the lives of those that created it. That is the real currency here. At the risk of fueling my haters, I can remember exactly where I was when I heard NIN Down In It for the first time. I remember where I was when I heard Big Audio Dynamite for the first time. There are records that completely signify time periods in my life. With every Gravity Kills record that we made, powerful memories are attached that will forever be with me, and from some of the feedback I get from you, Gravity Kills somehow touched your life indelibly as well. Make what you do count. Think about the possible legacy that your music will have on you and those that choose to listen and connect to it. Nothing lasts forever...or does it?
Posted by Jeff Scheel at 9:15 AM