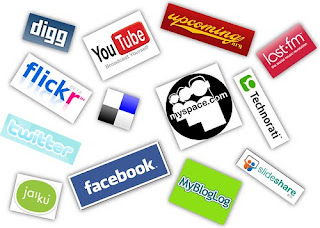 I was having dinner with some people from the Oklahoma Film and Music office last week. We got to talking about the comparisons and contrasts between what the internet has done to both the film industry and the music industry. When talking about the internet, it seems one must acknowledge the distinction between the social media phenomenon and the internet as a whole. The person I was talking to made the comment that social media has created what she called her "digital space." She went on to say that as the internet makes it easier to connect and to get information more easily and virtually instantaneously, social media has actually created an insulation for her to all of the things that she does not want to pay attention to. Elaborating more she stated that on facebook she has many friends that she has reconnected to, but only in a way to see a long lost friend's picture of a child or a one time message of "What are you doing these days?" This conversation made it clear to me that the work cut out for a new and virtually unknown band is more daunting than ever. When thinking about facebook in particular, it seems that it is set up entirely to create an insulated personal digital space. Bands can have pages but can't message their fans directly from the profile. Myspace has it set up where a person can block bands from sending friend requests. I get that both are trying to eliminate spam but it certainly makes it much more difficult for a band to go find new fans.

In the old days (all of 15 years ago) you had to be more engaged with mass culture. Part of this was because we had no choice. We found new music on MTV, radio, by reading magazines such as Alternative Press, Paste, even Rolling Stone and Spin. Through music we had common threads between people of all socio-economic backgrounds. Music and Film united us with those we may never ever have anything else in common with. Personal digital space has somewhat eliminated all of that with the exception of celebrity culture. Is all of this happening because with all the information on the internet, we actually now have less time for discovery? Less time to read or listen to something new? Less time to search out new music? Is our personal digital space nothing more than a backlash to the information revolution?

This is why I keep spouting off about creating musical communities with bands. YOU CAN'T DO THIS ALONE. As prospective fans are shrinking into their own digital space, the more bands you have in a community to wake people up with, the more chance you have to pull them into your digital space.
Posted by Jeff Scheel at 11:06 AM